The many faces of depression 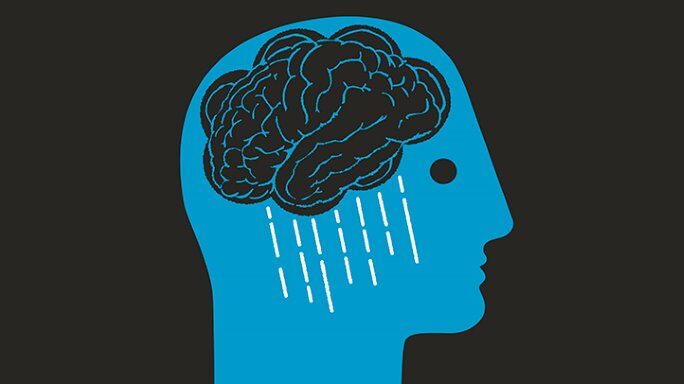 Depression isn’t a one-size-fits-all illness. Just like a rash or heart disease, depression can take many forms. As you’ll see, there’s a cluster of symptoms that are typically present, but one person’s experience of depression often differs from another’s. Definitions of depression — and the therapies designed to ease this disease’s grip — also continue to evolve.

What is major depression?

Major depression may make you feel as though work, school, relationships, and other aspects of your life have been derailed or put on hold indefinitely. You feel constantly sad or burdened, or you lose interest in all activities, even those you previously enjoyed. This holds true nearly all day, on most days, and lasts at least two weeks. During this time, you also experience at least four of the following signs of depression:

Other signs can include a loss of sexual desire, pessimistic or hopeless feelings, anxiety, and physical symptoms such as headaches, unexplained aches and pains, or digestive problems.

Mental health professionals use the term dysthymia (dis-THIGH-me-ah) to refer to a low-level drone of depression that lasts for at least two years in adults or one year in children and teens. While not as crippling as major depression, its persistent hold can keep you from feeling good and can intrude upon your work, school, and social life. Unlike major depression, in which relatively short episodes may be separated by considerable spans of time, dysthymia lasts for an average of at least five years.

If you suffer from dysthymia, more often than not you feel depressed during most of the day. You may carry out daily responsibilities, but much of the zest is gone from your life. Your depressed mood doesn’t lift for more than two months at a time, and you also have at least two of the following symptoms:

Sometimes an episode of major depression occurs on top of dysthymia; this is known as double depression.

What is bipolar disorder?

Bipolar disorder always includes one or more episodes of mania, characterized by high mood, grandiose thoughts, and erratic behavior. It also often includes episodes of depression. During a typical manic episode, you would feel terrifically elated, expansive, or irritated over the course of a week or longer. You would also experience at least three of the following symptoms:

How to cope when a loved one is depressed, suicidal, or manic

Like a pebble thrown into a pond, depression, dysthymia, and bipolar disorder create ripples that spread far from their immediate point of impact. Those closest to people who have these illnesses often suffer alongside them. It’s upsetting and often frustrating to deal with the inevitable fallout. But you can do a lot to help a loved one and yourself handle this difficult period.

Encourage him or her to get treatment and stick with it. Remind the person about taking medication or keeping therapy appointments. Don’t ignore comments about suicide. If you believe your loved one is suicidal, call his or her doctor or therapist. If neither is available, call a local crisis center or emergency room.

Care for yourself. Being a caretaker is a difficult job. You may want to seek individual therapy or join a support group. Numerous mental health organizations sponsor such groups and can also provide you with information on the illness and the latest treatments.

Offer emotional support. Your patience and love can make a huge difference. Ask questions and listen carefully to the answers. Try not to brush off or judge the other person’s feelings, but do offer hope. Suggest activities that you can do together, and keep in mind that it takes time to get better. Remind yourself that a disease is causing your loved one to act differently or perhaps be difficult. Do not blame him or her, just like you wouldn’t if it were chronic physical pain that caused the person to change in certain ways.

Try to prevent reckless acts during manic episodes. It’s all too common for a person to make poor decisions when manic, so it’s a good idea to try to prevent this problem by limiting access to cars, credit cards, and bank accounts. Watch for signs that a manic episode is emerging. Disruption of sleep patterns can trigger an episode, so support your loved one in keeping a regular sleep schedule. Consistent patterns for other activities such as eating, exercising, and socializing may also help.

Nothing works for fullness in ears — any suggestions?

Q. I have a feeling of fullness in my ears that won’t go away. I think it has been diagnosed as something called eustachian tube dysfunction. I have been to several otolaryngologists. Nothing has worked. Suggestions?

A. People with a persistent sensation of fullness in the ear should get it checked out by a physician. Occasionally, hearing loss can create such a feeling. Temporomandibular joint disorders, which affect the joint that connects the jawbone to the skull, can also create the sensation. But a diagnosis of eustachian tube dysfunction does make sense.

The eustachian tube, which connects the middle ear to the nasal cavity, helps to equalize the air pressure on either side of the eardrum. If your eustachian tube is blocked or not working properly, there’s less pressure on the inside of the eardrum than the outside, so the eardrum may cave in slightly, which causes that sensation of fullness. In serious cases, fluid accumulates behind the eardrum because pressure is so low that fluid from surrounding tissues and blood vessels gets pulled into the middle ear.

Some people try nasal sprays and over-the-counter antihistamines and decongestants for eustachian tube dysfunction, but there’s no evidence that they are effective for this purpose.

Putting a tube in the eardrum equalizes pressure on the eardrum by connecting the middle ear to the ear canal. These tubes are used most often in children as a temporary measure to give the eustachian tubes time to develop.

Perhaps more often than we’d like to admit, doctors are faced with problems that can’t be fixed. This may be one of those situations. I would think about trying biofeedback or some other kind of mind-body technique. The fullness sensation may not go away completely, but people can train their brains so that bothersome, even painful, symptoms are less troubling.